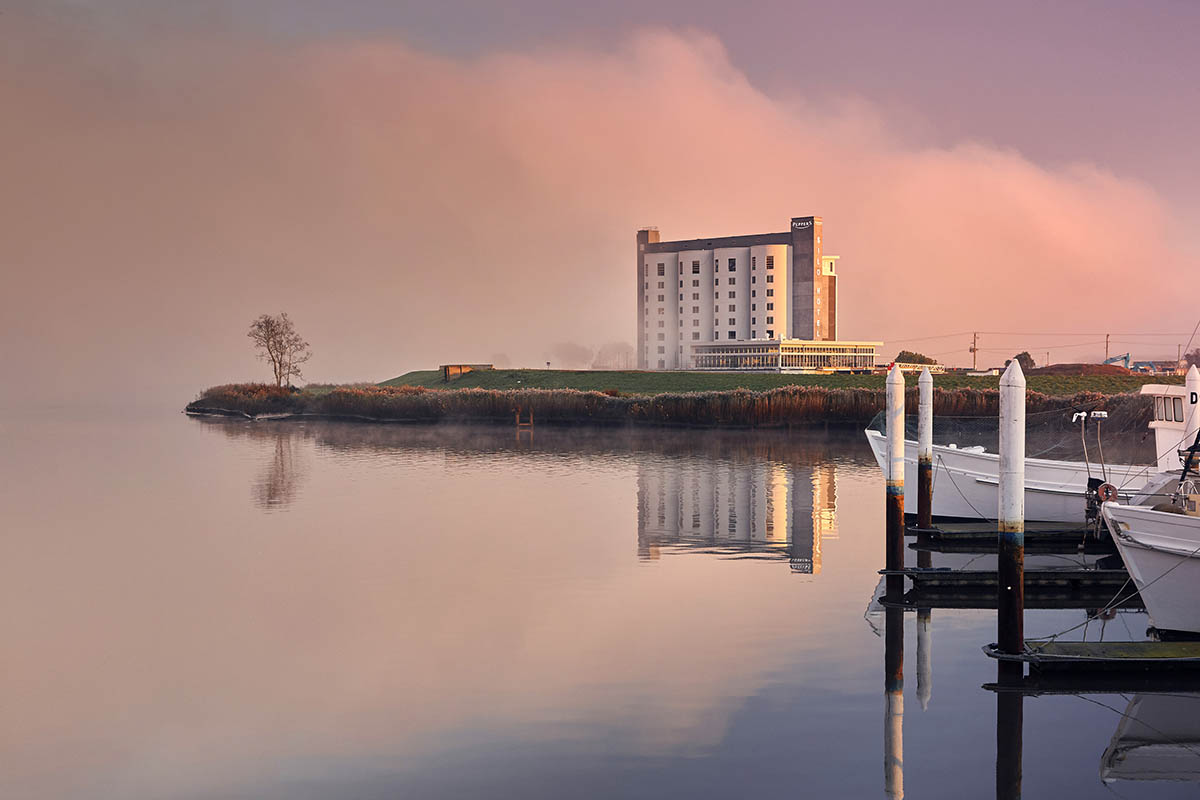 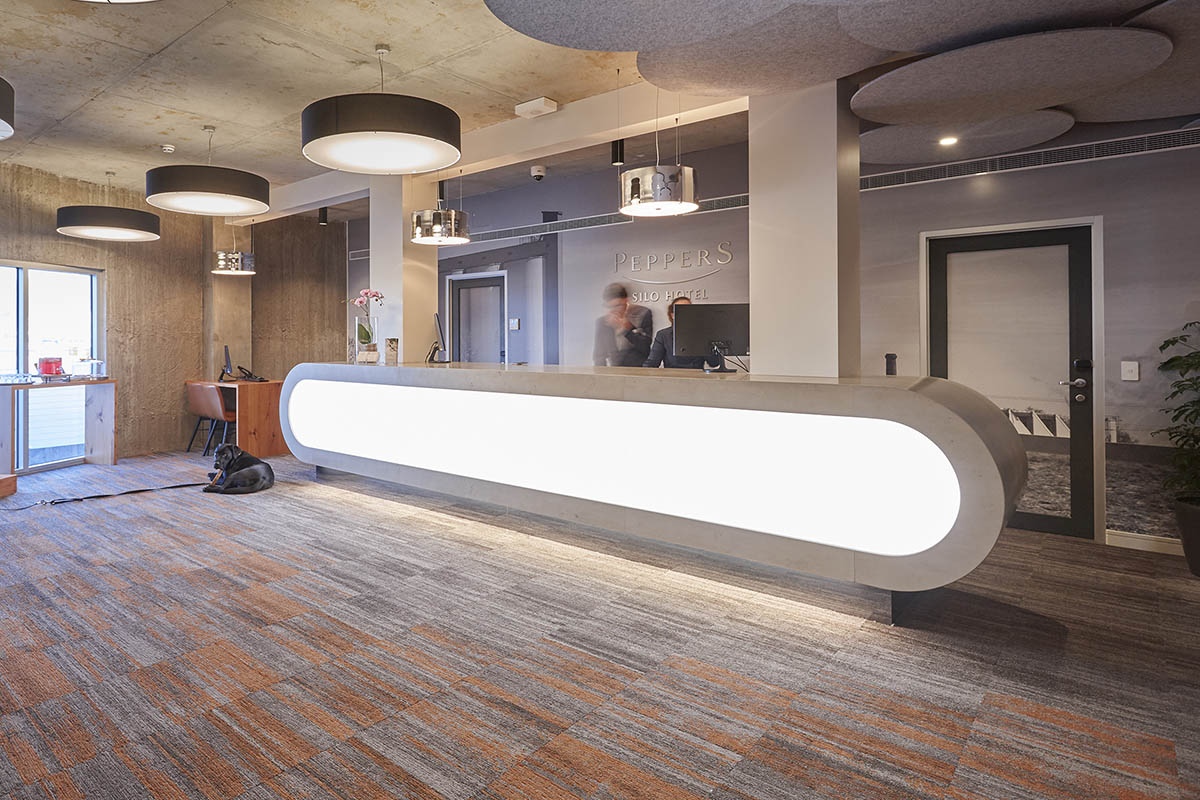 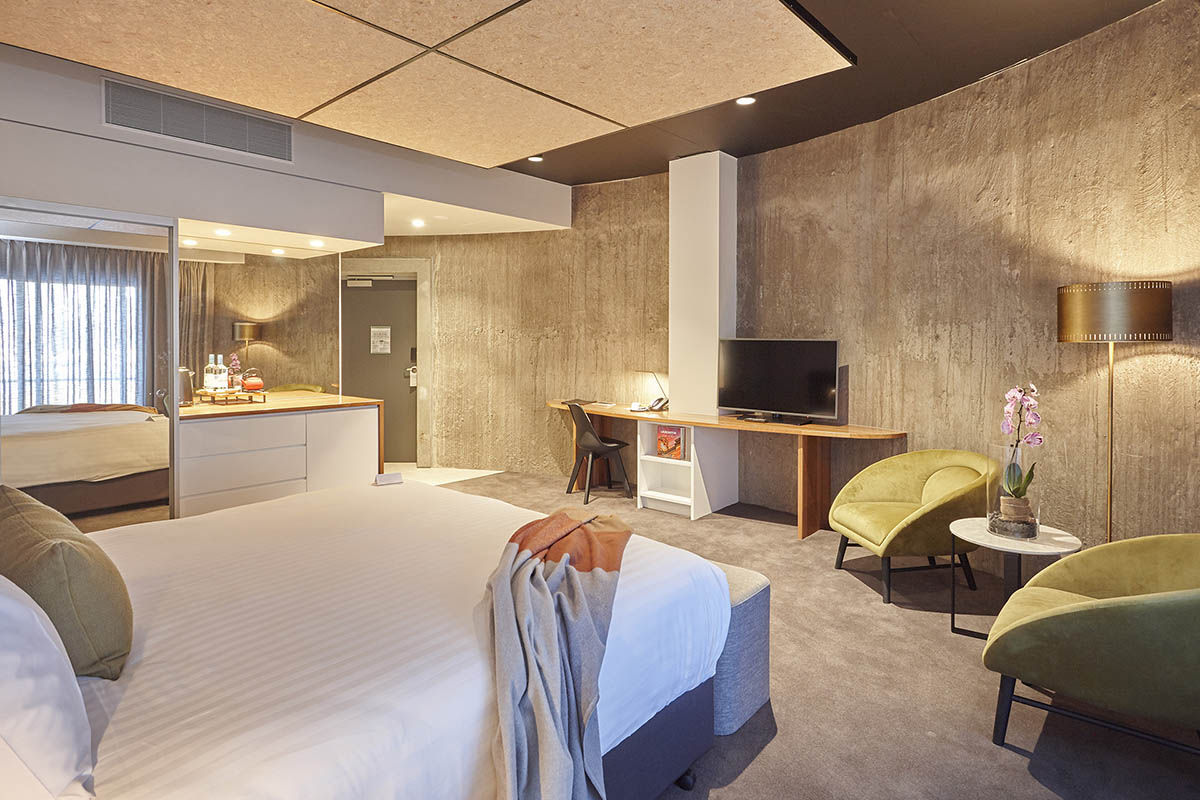 Located in Launceston, Tasmania, the redevelopment of the of Kings Wharf grain silos and wool store in to Peppers Silo Hotel saw the 1960’s iconic structure transformed into an 9-storey, 108-room hotel with a bar, café, restaurant, gym, day spa and conferencing rooms.

The Silo barrels were divided in two to create 52 hotel rooms in the grain silos themselves and the new North tower houses a further 56 rooms. The internal walls of the silo were left in their original condition and create a strong contrast to the recycled timber from the wool store used in the joinery throughout the development. The top floor of the hotel host four premier suites that take up the whole circumference of each silo. 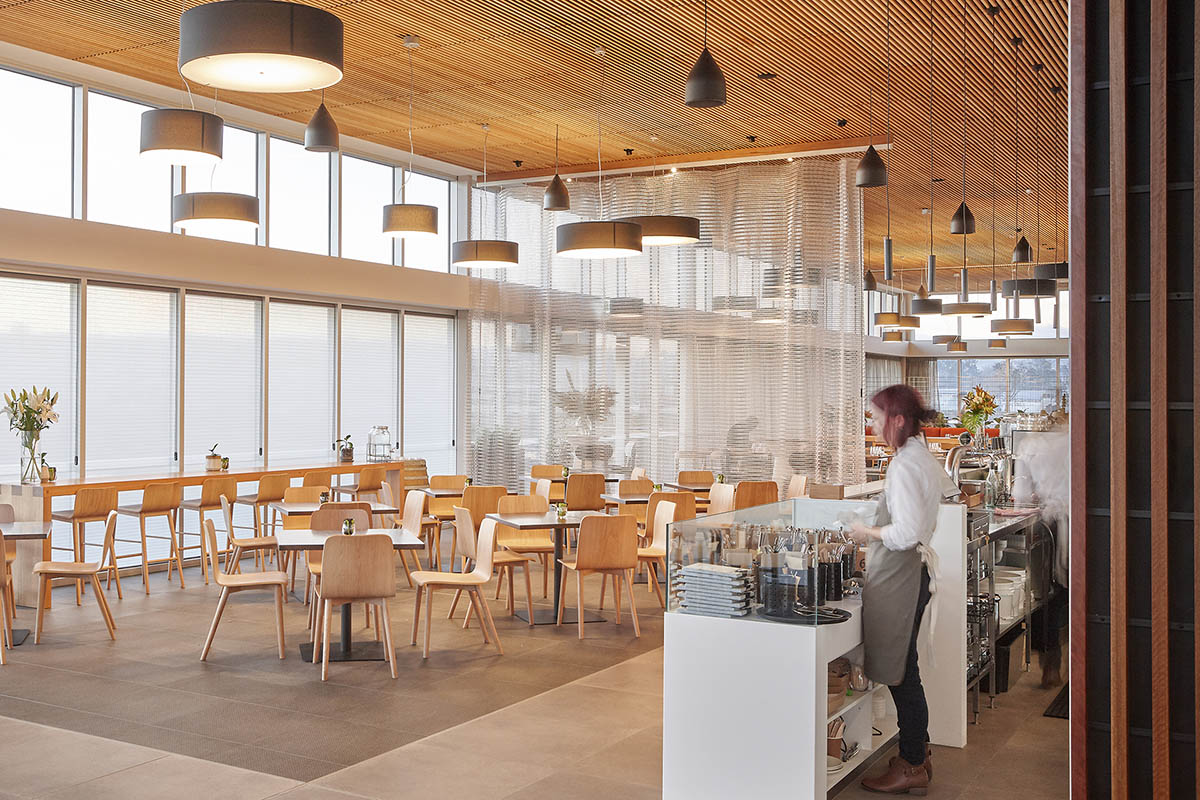 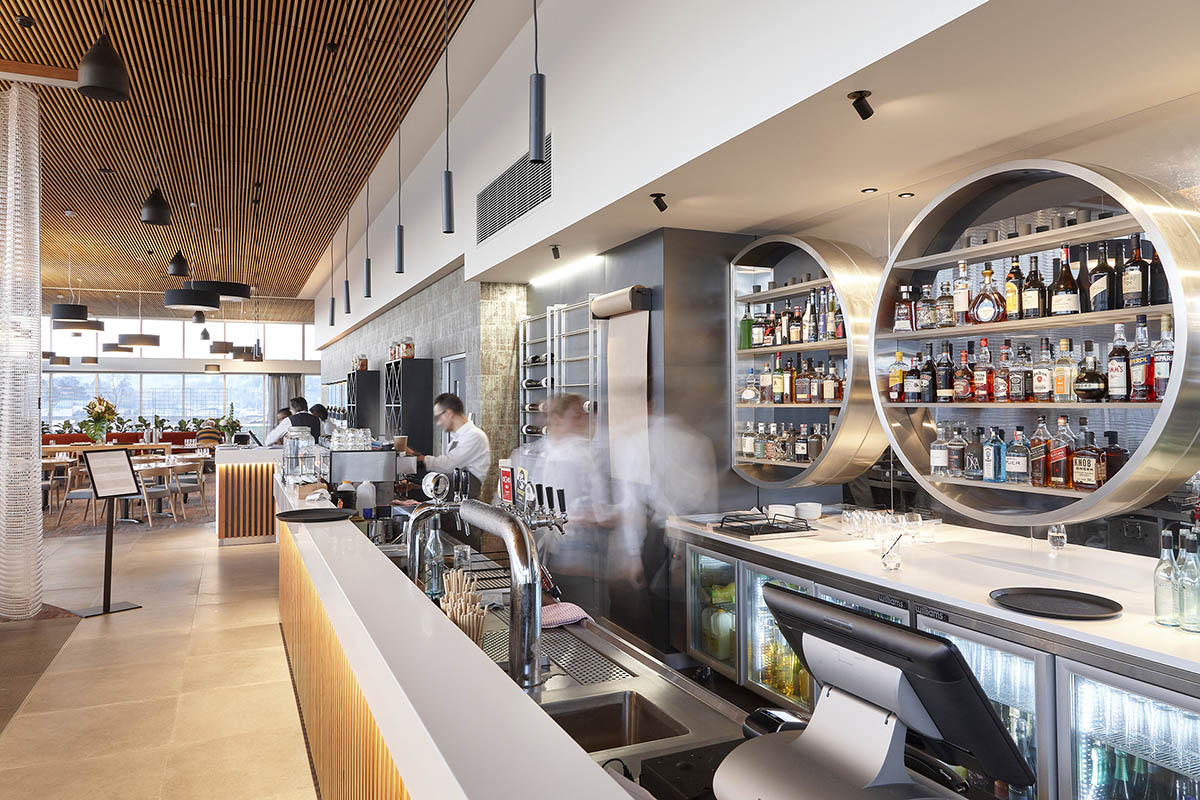 On level 1 Grain of the Silos restaurant and café overlooks the Tamar River. With a culinary spotlight on locally sourced produce our design for the restaurant space was focused on a refined earthy and industrial palette in line with the restaurants paddock to plate ethos.

On ground level sits an undercover car park along with all back of house hotel operations, a gym and other tenancies. 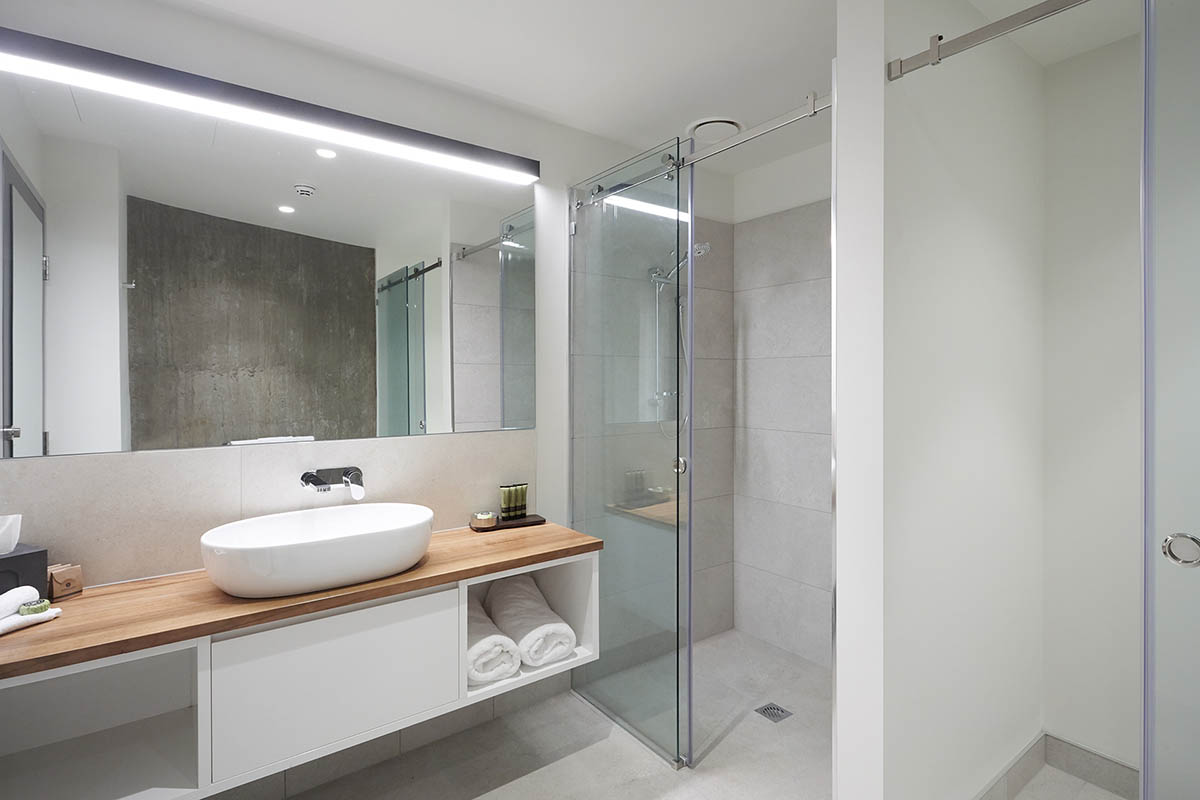 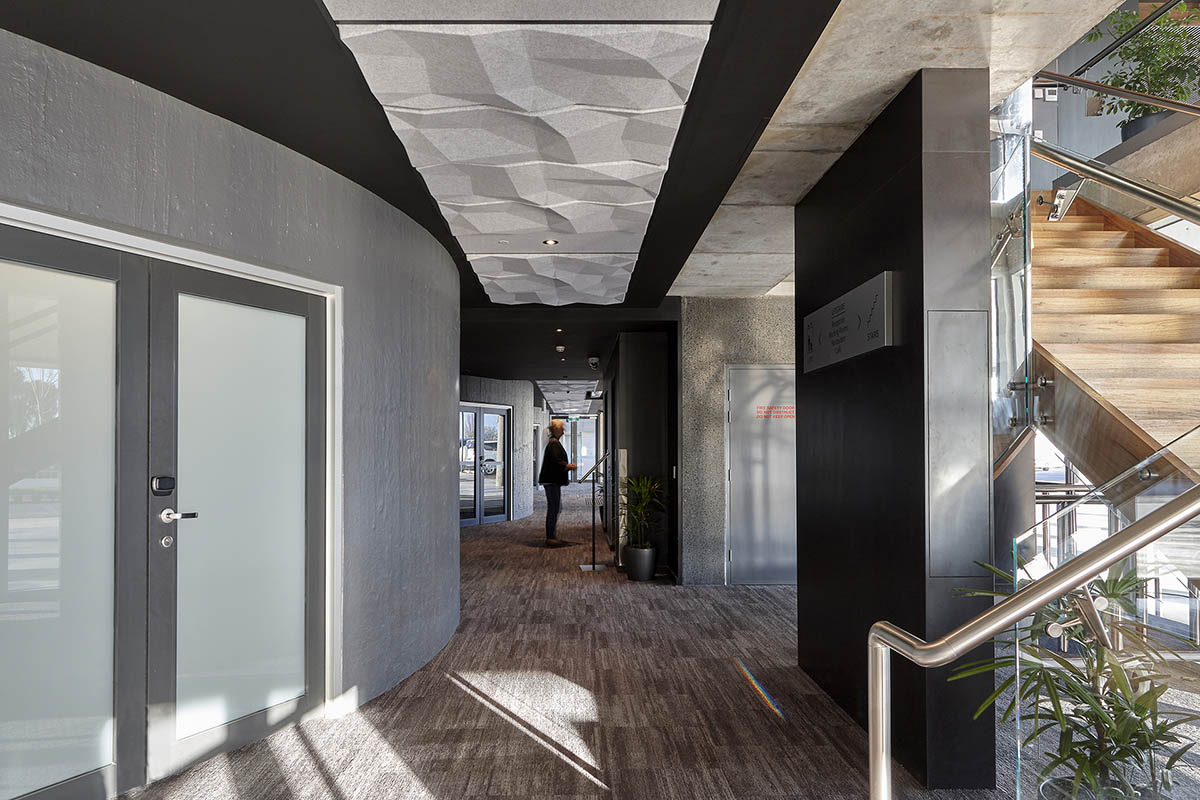 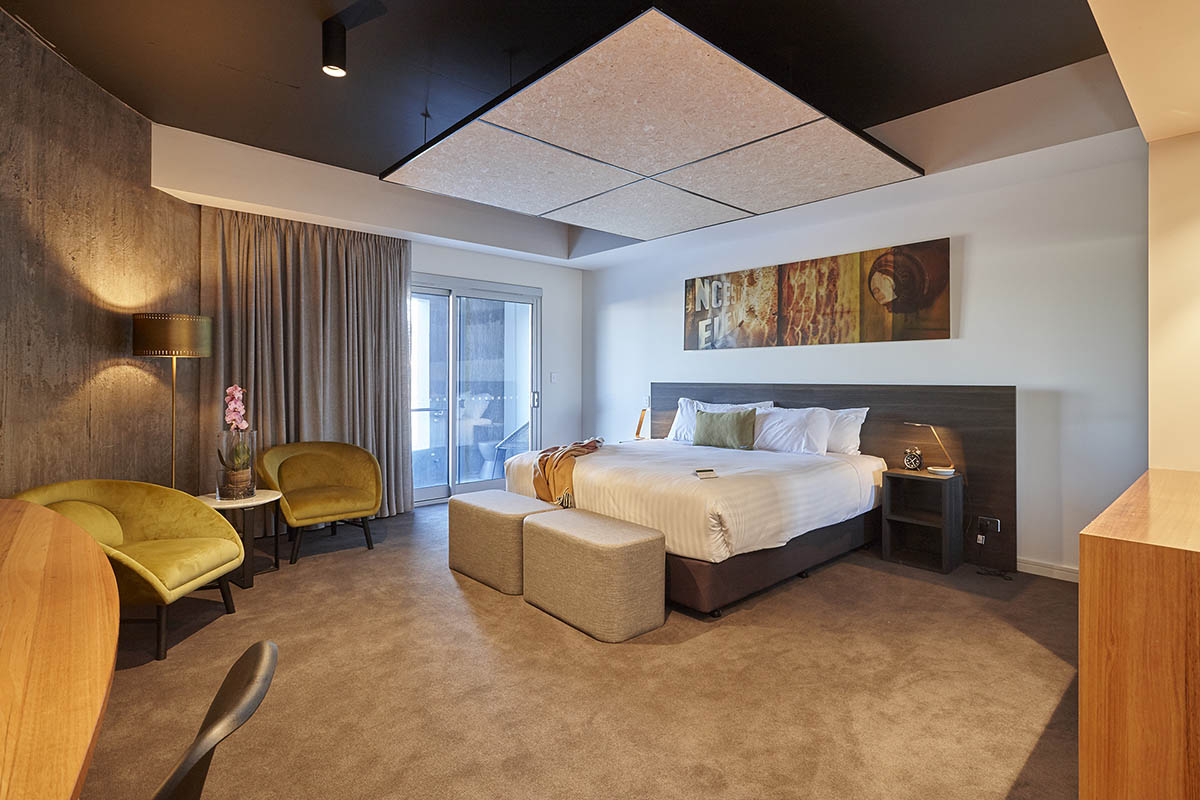 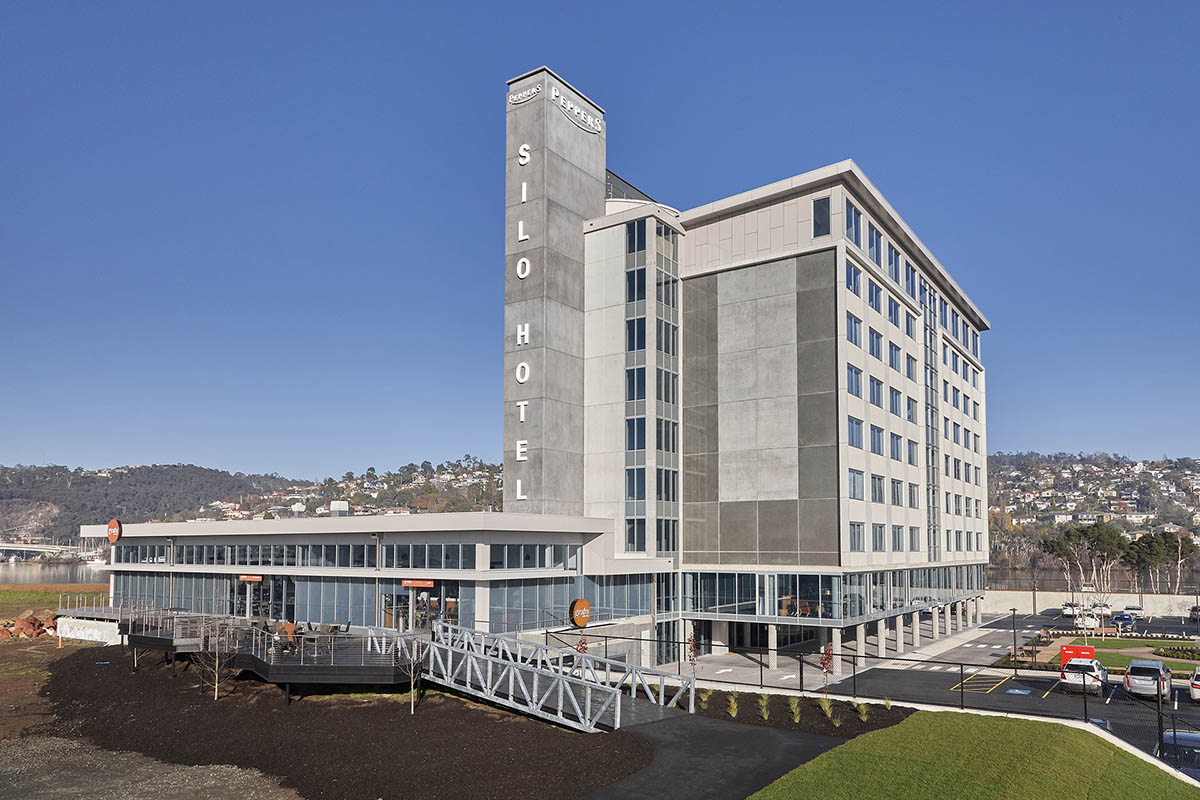 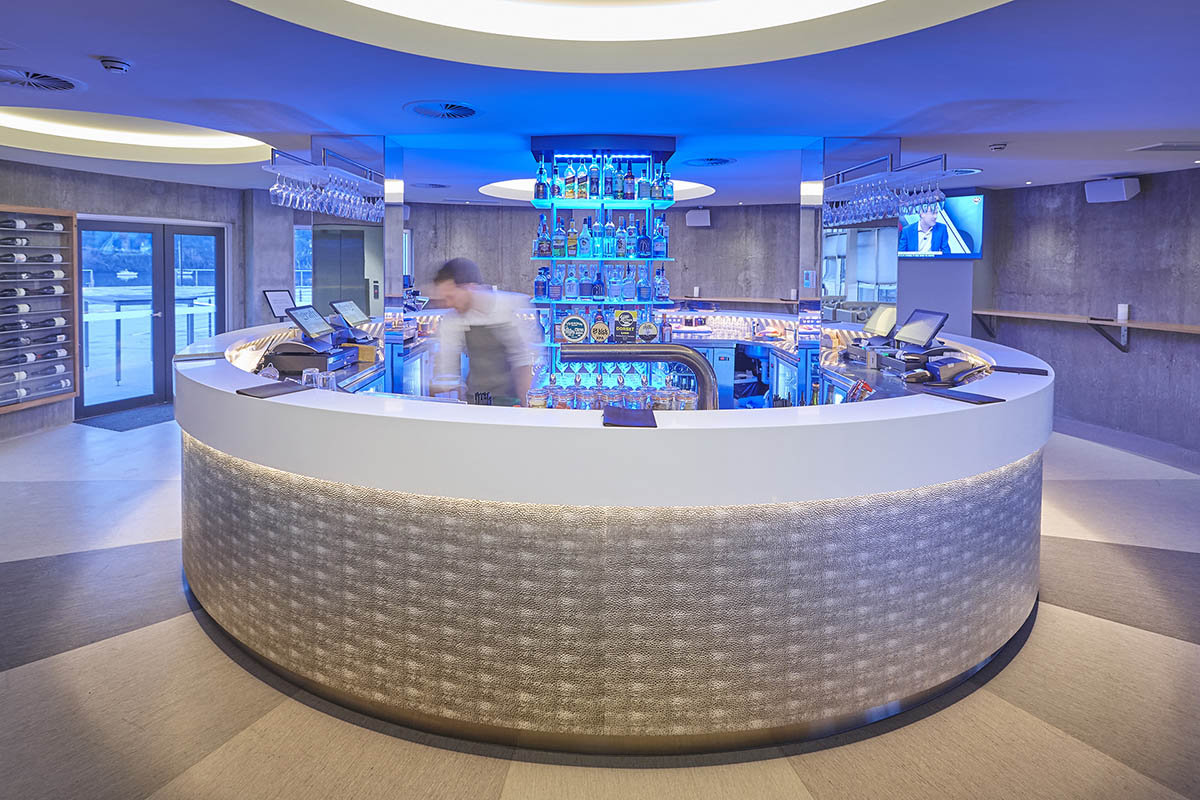 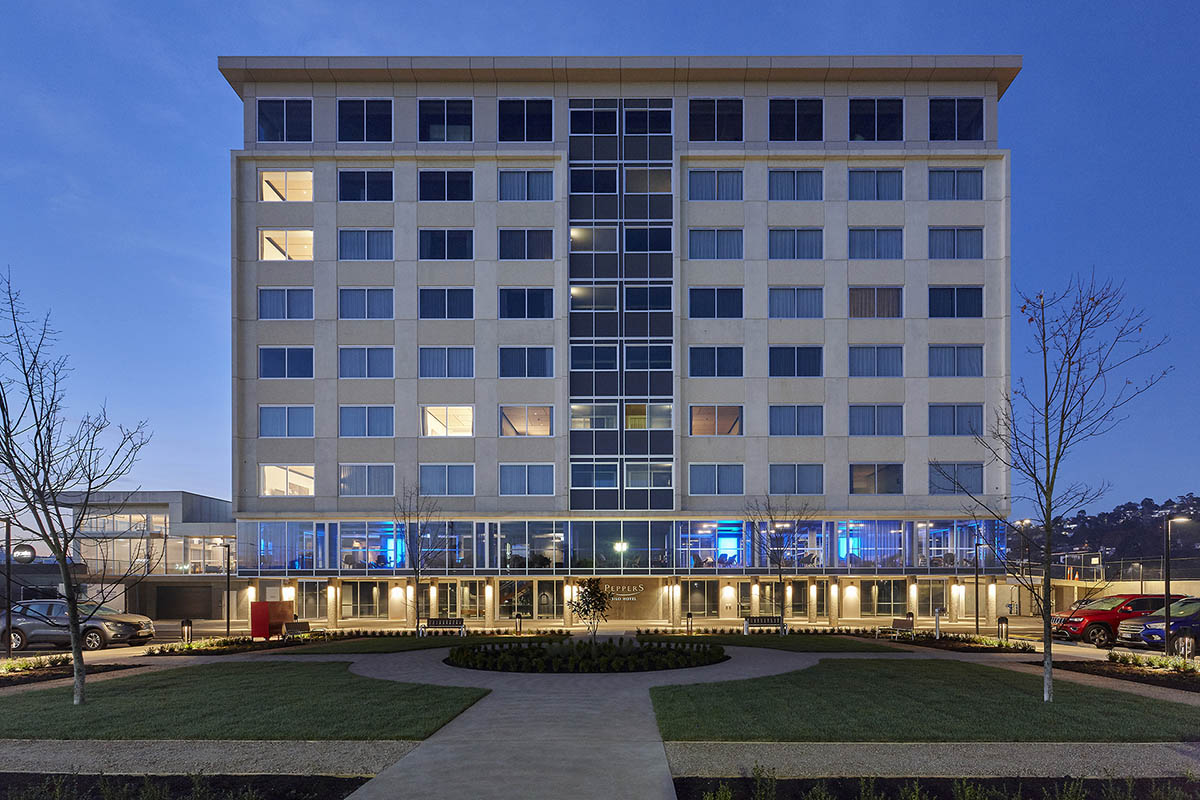